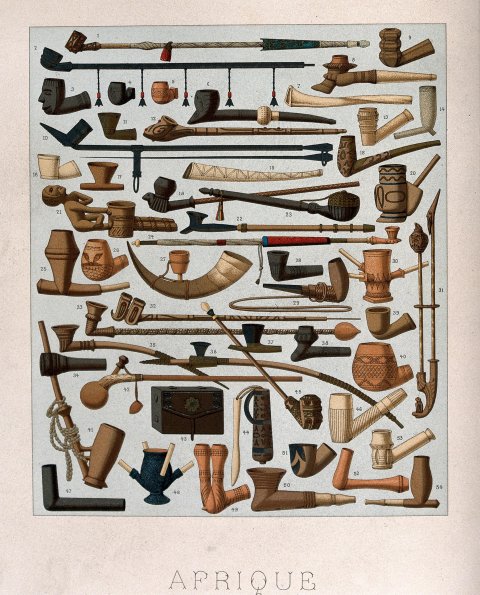 On the 6th and 7th of December 2021 we held the online ‘Tobacco through Time’ conference welcoming speakers and audience members from across the globe including, India, Sri Lanka, USA, Australia, Canada, UK, Sweden, China, and others. The meeting was strongly interdisciplinary with researchers from Archaeology, History, Genetics, Dentistry, Sociology, Chemistry and Anthropology. All the talks were fascinating and covered a wide range of important themes, including new methods and approaches for identifying tobacco in the past, the part played by tobacco in everyday life and in identity formation, and we considered the role of tobacco in colonisation processes. Clearly, there can be much optimism for the research of past tobacco, and there is a lot that we can contribute to modern discourse about tobacco in our own world.

However, much work still remains to be done and we identified many exciting avenues for future research. Many of our narratives focus strongly on tobacco and men. Greater scrutiny of women’s and children’s relationships with tobacco across the globe is needed; their absence from our narratives inhibits our ability to construct a fuller tobacco history since these actors were not only consumers, but often producers, champions and opponents. Furthermore, how and why tobacco became entwined in everyday life is highly varied, and to understand more about the pervasion of tobacco and its persistence today, we should take a broader view of tobacco and what it actually is for different communities, and a move away from Eurocentric ideas.  Finally, while the social, and especially the economic history of tobacco, is well researched, there is much less on the impact that tobacco had on people’s lives. How did it affect people mentally and physically, how did it indirectly effect societies, how did this change over time with shifting concepts of the body, health, social norms, and with changes to tobacco itself?

Clearly, there is much to be done and we are happy to announce that we are launching an interdisciplinary tobacco history Network in 2022. Videos of the conference talks will be available soon for those of you to catch up on sessions that you missed!