This project is the first to look at the long-term consequence of tobacco use in a population.
These findings will be useful in understanding modern health dilemmas.

The 16th century was a time of intense global change. European appearance in the Americas gave rise to new and expansive trading networks spanning the Atlantic. Of particular importance within this network was tobacco, a plant first arriving on Western European shores in the early 16th century. First investigated for its potential medical benefits, within 100 years tobacco was being consumed as snuff, smoked in pipes and as cigars, or chewed in all strata of society. Despite early moral and health objections, tobacco emerged as one of the first truly global commodities and a mass consumed product. Tobacco was quickly embedded in European culture, depicted frequently in art, plays, and stories. It was part of people’s daily routines and galvanized social bonds. However, despite our current knowledge of the health consequence of tobacco use, we know little about the implications of this rapid diffusion through populations of Western Europe from 1600-1900, and what this means for our health today. 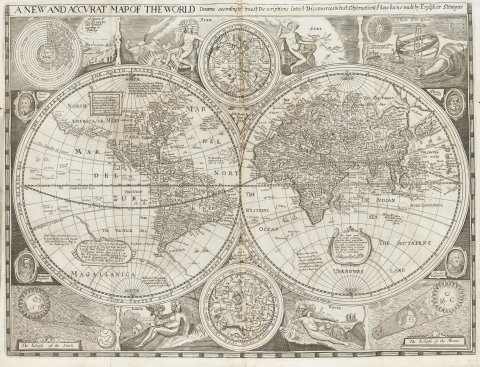 Britain, or a chorographicall description of the most flourishing kingdomes, England, Scotland, and Ireland, and the Ilands adioyning, out of the depth of antiqvitie : beavtified with mappes of the severall Shires of England / written first in Latine by William Camden.

Through the interdisciplinary analysis of archaeological skeletal remains, this four year UKRI-FLF funded project aims to track the impact of tobacco use on health in the Post-Medieval period. It focuses on changing disease patterns in three socially distinct regions with differing tobacco use histories: England, Spain and The Netherlands. By collaborating with historians, sociologists and biomolecular scientists, the Tobacco, Health and History Project explores how socio-economic and political priorities that enabled tobacco commodification have had a long time legacy on human health. In doing so, this project will provide a deep time perspective on one of the deadliest habits in human history.

Background image: The proper name of it amongst the Indians is Picielt, for the name of Tabaco is given to it by our Spaniards, by reason of an Island that is named Tabaco. - Monardes, Nicolás, approximately 1512-1588. Welcome Collection